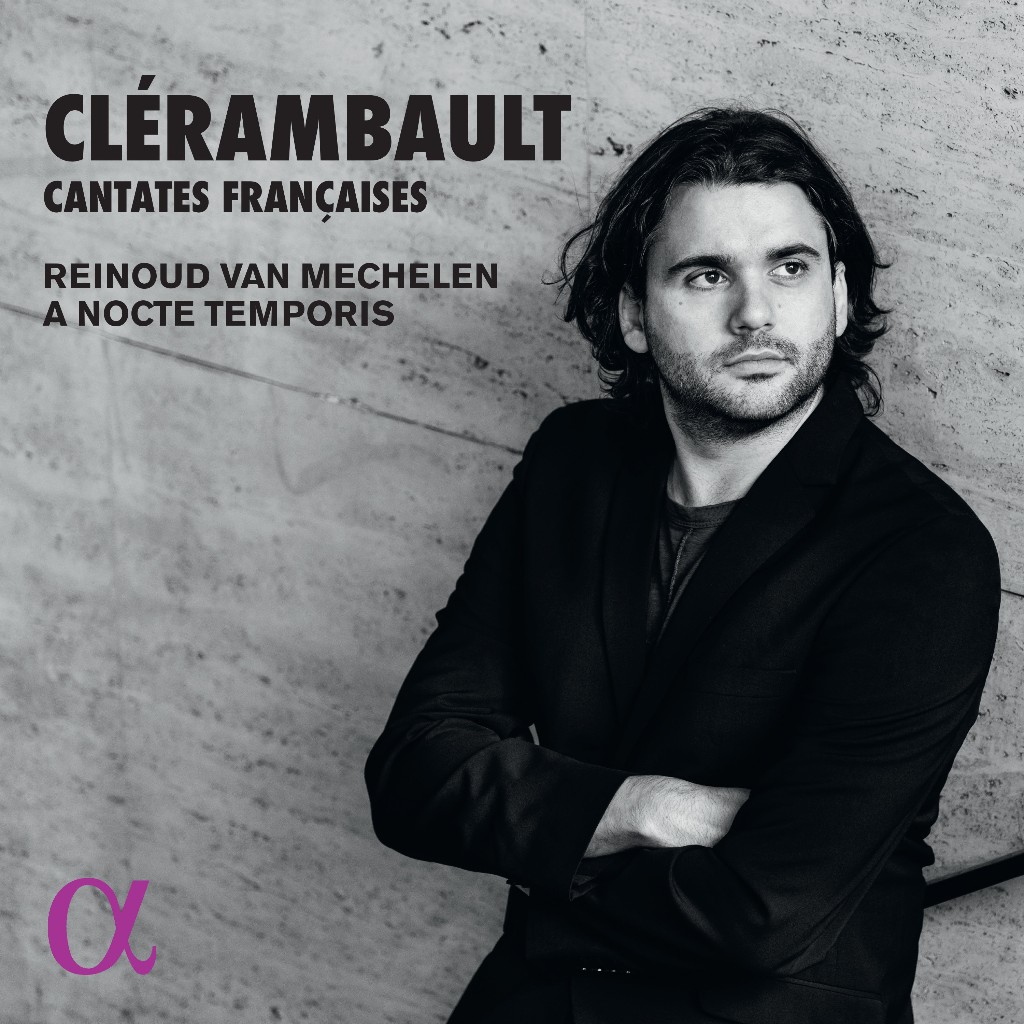 After a Bach album, the tenor Reinoud Van Mechelen and his ensemble A Nocte Temporis present a programme of French music devoted to Nicolas Clérambault (1676–1749), a precociously gifted composer who published four volumes comprising a total of twenty-one cantatas. Reinoud van Mechelen offers us an anthology of these Cantates Françaises – Le Jaloux with its final air ‘Dieu des Amants’, Apollon, L’Amour guéri par l’amour and Pirasme et Thisbé (based on Ovid’s Metamorphoses) – set as a succession of recitatives, airs and simphonies, as in a tragédie lyrique. The young Flemish tenor, now aged thirty, pursues an intensive solo career with the leading Baroque conductors (Christie, Pichon, Niquet) but is also keen to develop his personal projects and his ensemble: ‘I’m a purist but without elitism. Music has to appeal to people. Perhaps that requires them to make an effort and depends on different criteria from the somewhat sensationalist criteria of society, politics and money. But music must be more than a simple distraction, and many people actually want it that way’, he told the Belgian newspaper Le Soir in 2017, when the Prix Caecilia named him ‘Artist of the Year’. 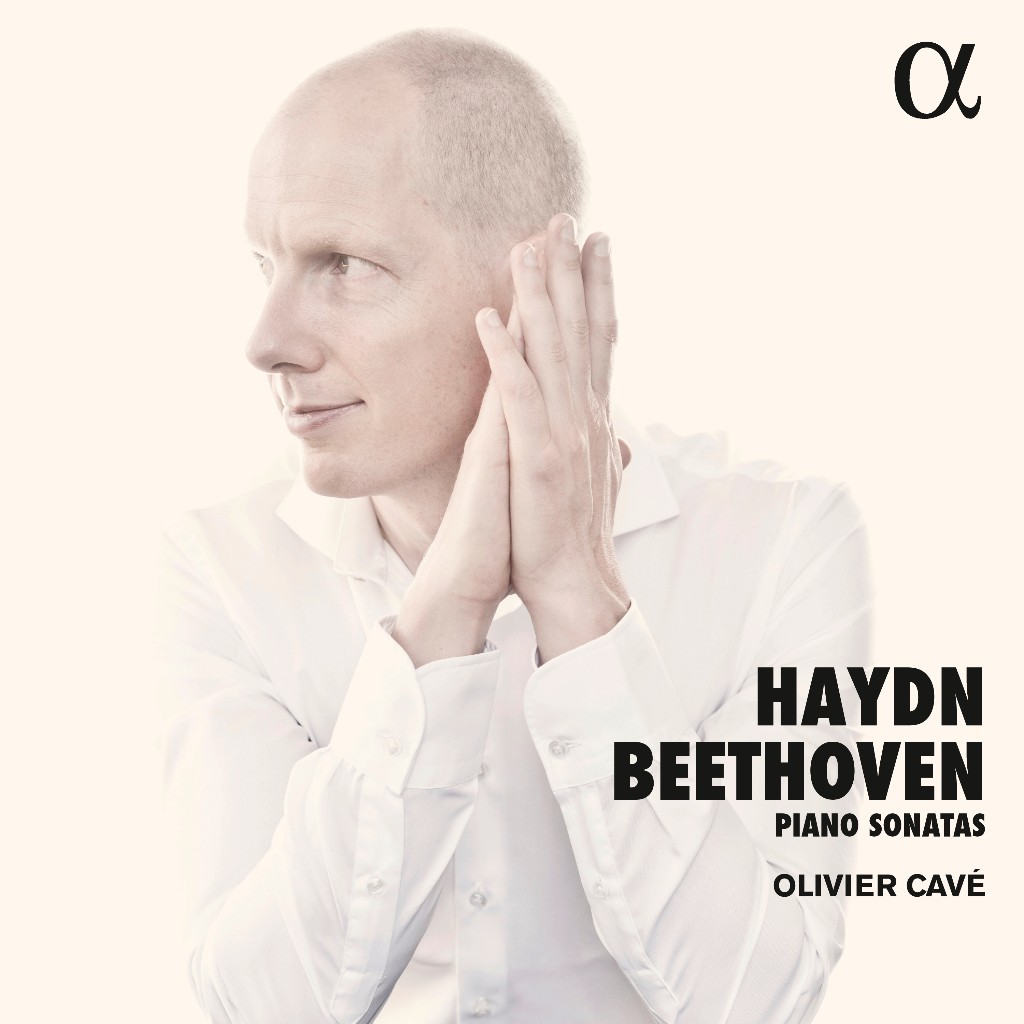 Ludwig van Beethoven was just twenty years old when he first met Joseph Haydn, in 1790. Two years later, the young composer joined the Viennese master’s numerous pupils. But, weary of his teacher’s frequent absences and stung by his criticisms, he soon broke off his lessons, declaring bitterly some years later ‘I never learnt anything from Haydn’. It is this distance, this difference of style and ambition between Beethoven and his former teacher that are to be heard in this new recording by Olivier Cavé, the award-winning Swiss pianist who is a regular guest at the leading festivals. Whereas Haydn’s Sonata Hob. XVI:32 (1776) aims for a classical but vigorous style, Hob.XVI:48, composed only four years later, is more subdued and academic. Beethoven sought to break with this classicism, allowing himself greater expressive scope and replacing the traditional third-movement minuet with a scherzo in his Sonata no.2, a clear sign of his revolutionary spirit. 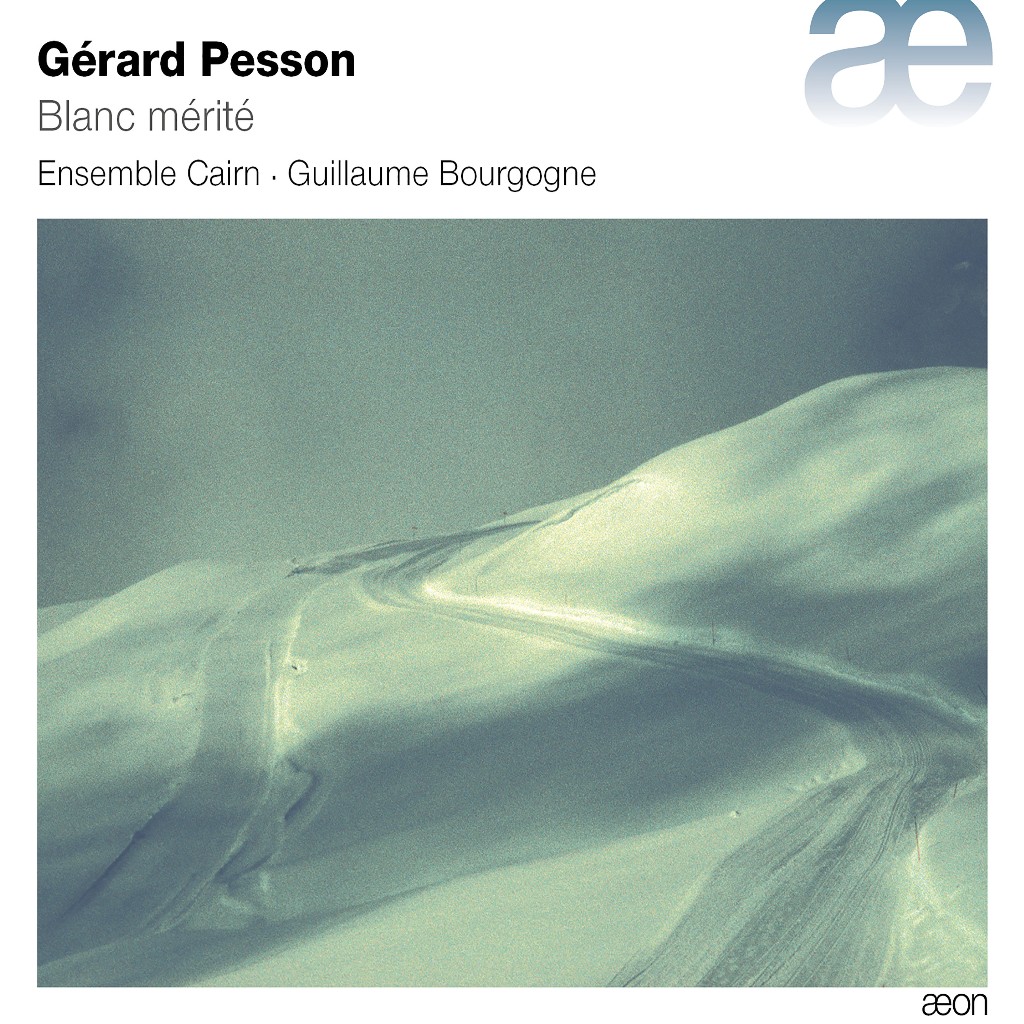 Lucid music. Vivacity, wit, intensity, foldings and unfoldings of the pointillist material, embracing the thing itself and its contradiction – sensuality, drollery, dances, abysses like sudden draughts of air. Movement and standstil...

Music that slaps, pinches, bites, muffles, growls. Here Pesson reinvigorates what might (already) be his own classicism (Carmagnole); draws a pencil moustache on Mozart, who is more than willing to wear it (Transformations du Menuet K. 355); hounds his language so far into the corner that it seems different, and probably becomes so, in the intransigent light of Opałka (Blanc mérité); a language that ramifies and scintillates in Proust (Ne pas oublier coq rouge dans jour craquelé); grows geometric in Perec (Neige bagatelle); and denudes itself in ‘enfantines’ (Musica ficta). The Ensemble Cairn, a faithful partner of the label, under its director Guillaume Bourgogne, leads us into territories that could hardly be droller. 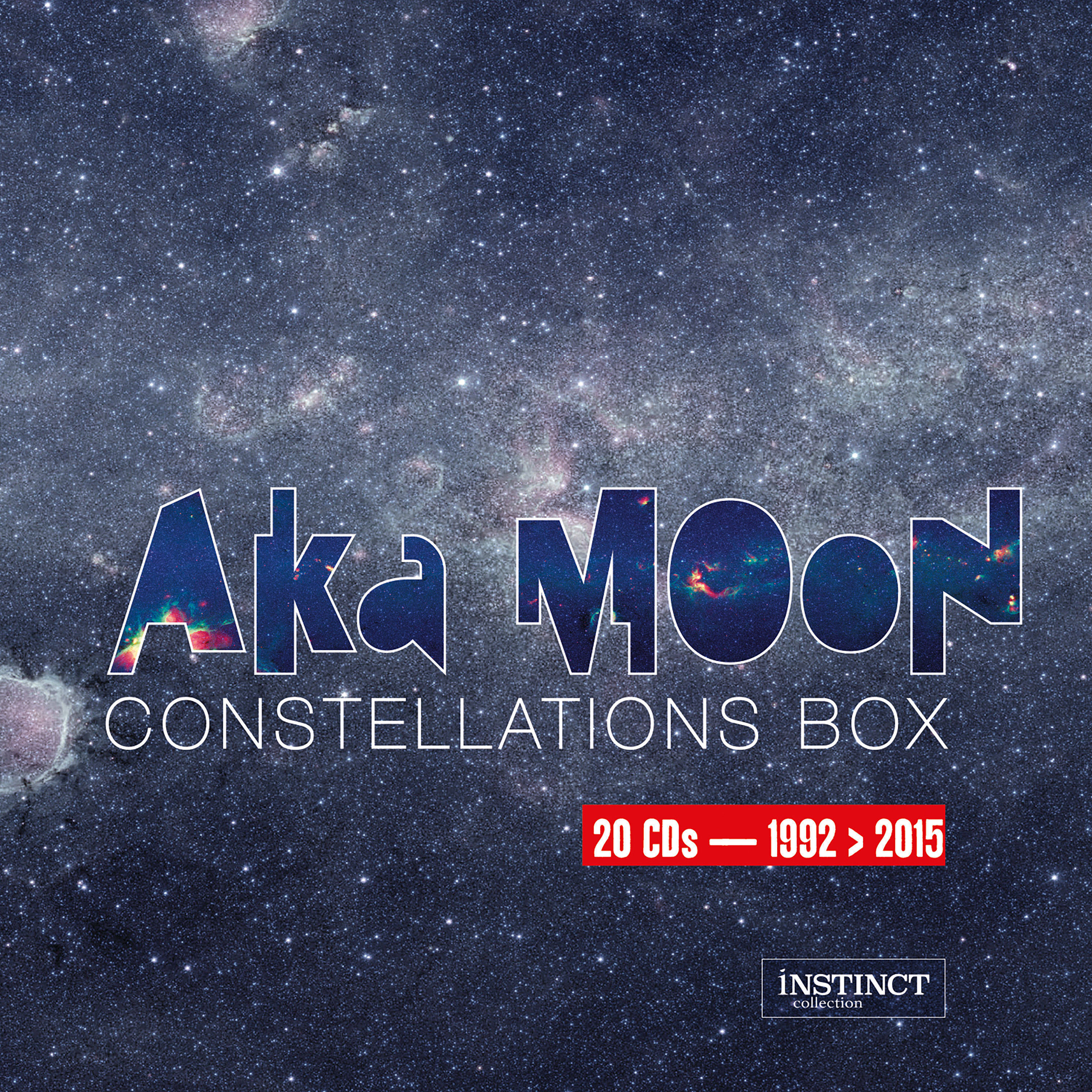 Since 1992, the year Aka Moon was formed, a series of albums has marked the history of the legendary jazz trio, which this set of twenty CDs now gives you a chance to relive. After a journey of initiation in Central Africa with the Aka Pygmies, Fabrizio Cassol, Michel Hatzigeorgiou and Stephane Galland embarked on a wide-ranging musical exploration that was then totally innovative, notably in its rhythmic aspects. Very soon their music continued to grow through contact with a succession of eminent musicians from all over the world. The first big impact came from India; two albums were recorded there and the encounter with the great Carnatic percussionist U. K. Sivaraman (southern Indian music) left a lasting mark on the group. Then it was back to Africa and a meeting with the master of the Senegalese sabar Doudou N’Diaye Rose that created new musical ‘constellations’. And these were only the first of many. For example, there was the collaboration with a Big Band of DJs, with musicians from the Balkans, or the incursion of the sonatas of Domenico Scarlatti into a jazz quartet...
To discover or rediscover this unique music is a very special experience, a cure for formalism and an inexhaustible source of inspiration.
The twentieth disc in the box is a previously unreleased recording: Light Ship Trio. 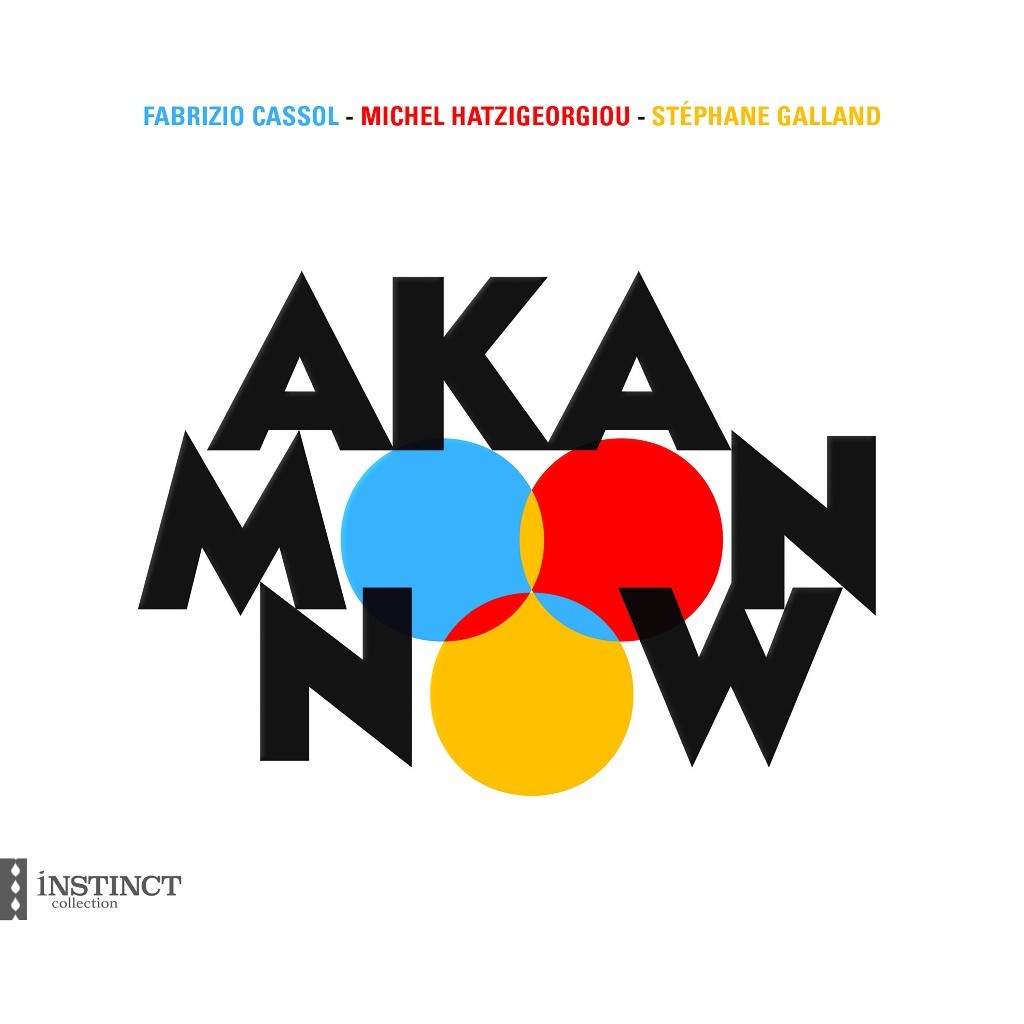 Since the group was founded 25 years ago, the career of Aka Moon has been punctuated by a myriad of original musical encounters. After their initiatory journey with the Aka Pygmies in 1992, an unappeased desire has always nourished the research of the three accomplices: the wish to share the knowledge, experience and secrets of other musicians from all backgrounds. Today, the necessity of the original trio is again expressed in NOW with the exceptional playing quality that has been acquired and refined over the course of numerous concerts. For although Aka Moon was undeniably born with a unique sound, the group has always made it evolve, absorbing, in particular, rhythms from the Orient, Africa or India. The staunch friendship that binds these three musicians lets an artistic urgency resonate, borne by the joy of improvisation, lightness of interpretation as well as great depth of expression. NOW confirms this cohesion thanks to an ongoing counterpoint in which three mysteriously complementary worlds intertwine, revealing their own originalities and styles.The titles of the compositions (Nomadism, The Visitor, Spiritual Exile...) evoke the themes of travel and the fascination of elsewhere, as well as an artistic and human commitment always in the forefront.